Had such a good time with all ma fweeends! :) Wearing heels for a night out definitely makes you feel better... though it makes your feet feel worse. Spent the night craving chips though sooooo -

Ended the night with my best friend's staple 'post-party' food; cheesy chips with burger sauce. Had a strange encounter with the people there... Not sure whether to be flattered or creeped out to be honest.

Now I'm bored at home... And I've tied my hair up for once and I'm actually going to leave the house like this... 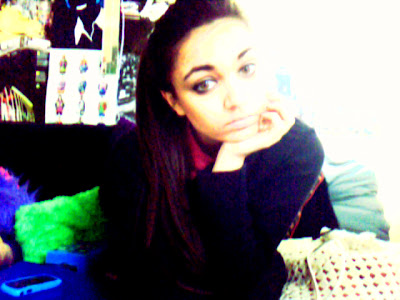 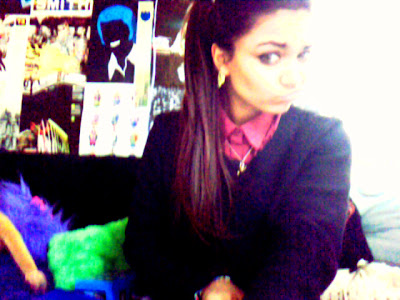 I seem to have an obsession with webcam photos at the moment... Ah well.

Going to spend a day with my grandma and my mummy - the two women in my life. And eat lots and lots of food... WOOOO.

I've also only just discovered Gotye and Kimbra's number one song... But its quite emotionally thoughtprovoking... And the video is siiiiiik!

but you didn't have to cut me off, make out like it never happened, and that we were nothing
and I don't even need your love, but you treat me like a stranger and that feels so rough...

now and then I think of all the times you screwed me over but had me believing it was always something that I'd done. and I don't wanna live that way, reading into every word you say. you said that you could let it go and I wouldn't catch you hung up on somebody that you used to know...