Set in Independent Kenya, on the surface Petals of Blood is a murder mystery novel. But do not pick this up as a bit of light reading - you will have to get your head round what it's "really" discussing to really gain value from the book. Though I don't think this value is hard to miss.

The novel begins with the suspicious deaths of three men of social superiority; Mzigo, Chui and Kimeria. The three 'suspects' are our protagonists; Abdulla, Karega, Munira and Wanja. Wanja is our lead into the feminist (or anti-feminist, depending on your reading) issues raised throughout the novel: she is a strong woman who gains respect from the reader and her fellow characters almost immediately, and throughout the novel, this respect is diminished and regained intermittently. She is a strong feminine figure, not without some controversy, but, for me, she represented what little hope there is in the novel, and despite a cruel past, her future seems the most uplifting - though I use 'uplifting' in a relative sense here. Karega, a school teacher and union leader presents the optimism of the youth for independent Kenya - an optimism which was seemingly had by all who fought for independence and expulsion of the British but has since diminished significantly. Abdulla is the shop keeper, injured in the Mau Mau rebellion and Munira, arguably the 'main protagonist' in the novel, is a school teacher. 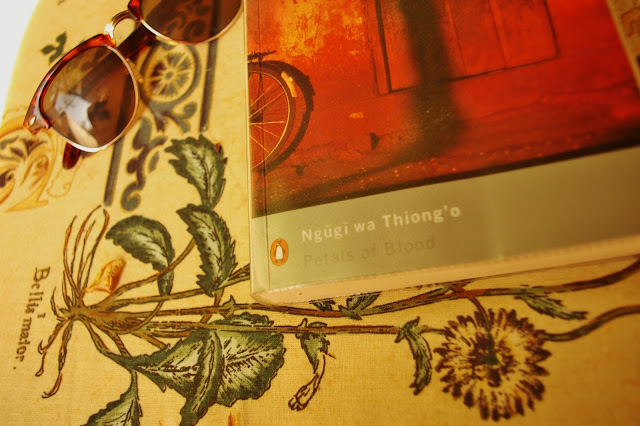 Our children must look at the things that deformed us yesterday, that are deforming us today. They must look at the things which formed us yesterday, that will creatively form us into a new breed of men and women who will not be afraid to link hands with children from other lands on the basis of an unashamed immersion in the struggle against those things that dwarf us.
page 294. Penguin Classics, 2002 edition. 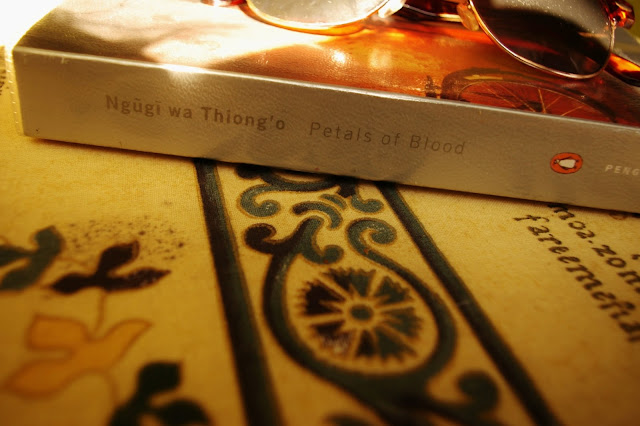 The novel depicts the lives of individuals and a town needing help and aid, forgotten by its politicians, and religion. The most captivating parts of the novel, in my opinion, are Karega's story and Wanja's story, and the villagers search for aid in the city. It is a heavily political novel, causing one to question the effect of Imperialism on both education and capitalism, the negative impact of westernisation and the corruption of the politicians, post-Independence, creating a sombre outlook on what was once an optimism and hope for a Kenya after colonial rule. Such a hope, through Ngũgĩ wa Thiong'o's eyes, seems to have evaporated completely as, after the momentary joy of independence, corruption and tragedy quickly and devastatingly returns.

The book takes a while to get into, but it is captivating when you do. I found myself having to re-read sections to ensure I hadn't missed something, and the characters take a while to 'get to know', in a sense, though perhaps you're never really meant to know them at all.

Ultimately, the book is rife with fantastic quotes to pick out, wonderfully written in parts, but the story is not just a murder mystery, and the value lies in the politics behind, or in front, of the plot.